The OLCC (Oregon Liquor Control Commission) has continued releasing new updates about the latest rules regarding the dealerships of liquor as well as recreational and medicinal marijuana during the COVID-19 pandemic.

We are writing this article to provide you with an overview of the recreational and medicinal cannabis laws which are temporary, but you must comply with them throughout the COVID-19 crisis, even if you own a state license for the dealership of marijuana.

The Organic Consumers’ Association organized a Q&A session with the Oregon Liquor Control Commission. OLCC’s Director of Licensing, Mr. Jason Hanson, has shared the plans he has to cut through the backlog of applications.

To check out how the agency has been adjusting along with the necessities for social distancing and how things are still progressing, the OCA checked back in with Hanson, the director of licensing.

Here’s what he stated- “One area for how we have needed to alter our current licensing operations is to, for the time being, focus our staff resources to existing licensees.”

How the outbreak has affected the timeline for application:

COVID-19 has simply thrown a wrench in the process of improvement work which is regularly performed by the OLCC. They have still kept moving forward, but for obvious reasons, the pace has gone down a little.

The reasons behind the slowing down of the pace are many; while the most important and vital one is that the OLCC authority is providing their time first to the licensees who are impacted by the coronavirus crisis almost immediately, rather than the ones who have not taken their first step in the industry yet.

There are some examples, including one which says that a licensee can make many changes along with a license renewal; other types of changes he is allowed to make are the following ones- change of locations, change of ownership regardless the change in percentage, change in endorsements, changes regarding the business structure, and so on. But they are not assigning new applications.

And for the assignments that were submitted before the pandemic situation broke in, the authority is analyzing the applications, and deciding whether the candidate is worth choosing or not. This procedure has been ended up being advantageous.

Now the authority can move more quickly in assigning the changes in ownership, and they have seen a significant increase in assigning over the last couple of weeks. 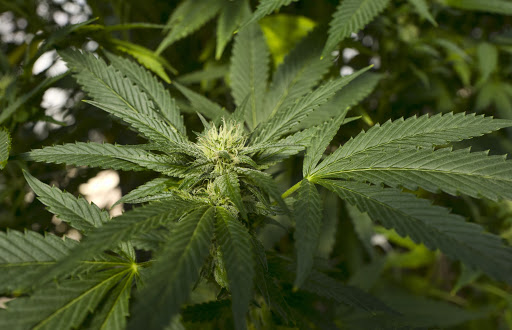 Inspections are mandatory before licensure:

OLCC has temporarily halted conducting the Stay at Home orders that were issued. Within a gap of a few days, they finalized a process.

Though the process is temporary, it will allow the OLCC staff to conduct internet mapping assessment and address verification, while the applicant signs the application acknowledging that the requirements in the pre-license checklist are fulfilled and performs a self-assessment. When the pandemic situation is over and they start resuming normal operation, a further inspection will take place.

The most recent updates are here

During this period, when the Stay at Home order is in effect and the citizens are spending their days quarantined at their places, the Oregon Liquor Control Commission has suspended one of their requirements, which was about the home delivery service, that the licensees should obtain the signature of the recipient. That is not mandatory anymore to make sure that no more people get contaminated.

Previously, the State of Oregon ID’s were necessary to be renewed in its certain intervals. But in the current situation, the customers are not able to go and get it renewed. So, these ID cards are considered to be valid till the time the Stay at Home order is in effect.

The fee requirements for changes for the packages which are approved, the labeling from one license to another, transferring the packaging has been temporarily suspended by the OLCC.

Still, those who want to submit their licenses and get them changed through an online process may submit their change request form to marijuana.packaging@oregon.gov.

It is quite appreciating to know that the OLCC is taking its steps forward during this pandemic situation, despite the new challenges that we are having to confront due to the social distancing.

The Organic Consumers’ Association is pretty hopeful about the latest processes that are taking place.

The liquor and cannabis industry will experience the fastest approvals if we try to adjust ourselves with the new reality with proper understanding and a little patience. Thus, all the retailers will be allowed to focus on their businessesand achieve their goals by giving it the best shot.

Spanish Law on Cannabis, Legal but With Caution

The legalities of Weed in Spain should be studied carefully. No one wants to bump with the law and end...

Nectar collectors have been the coolest in some places to consume dabs in which the user can think of. Someone who is using the nectar...

How to Buy the Right CBD Cartridges?

Featured Image Credit: https://www.flickr.com/photos/weedporndaily/25046361237/in/photostream/ CBD cartridges are getting all the attention in the hemp industry these days. Mentioning its reason...

You can observe how time is vital. After all, you did not go through the work that is difficult to...

A Contrast Study of Hemp and CBD Crops