Green Weed or Brown Weed – Before we jump into the conclusion, let us find out the different features of green and brown weeds? Why are they called so?  And most importantly, what makes us compare these two varieties of weed?

Weed is a slang term generally used for marijuana plants, which is used for recreational purposes. These plants have a psychoactive impact on our one’s bodies.

And this effect lasts based on how they are being consumed. What amount is being consumed, and what tolerance level did your body develops for these plants.

In this article, we will compare both types of weed based on their taste, the odor they create, and how they are grown and transported.

What is Brown Weed? 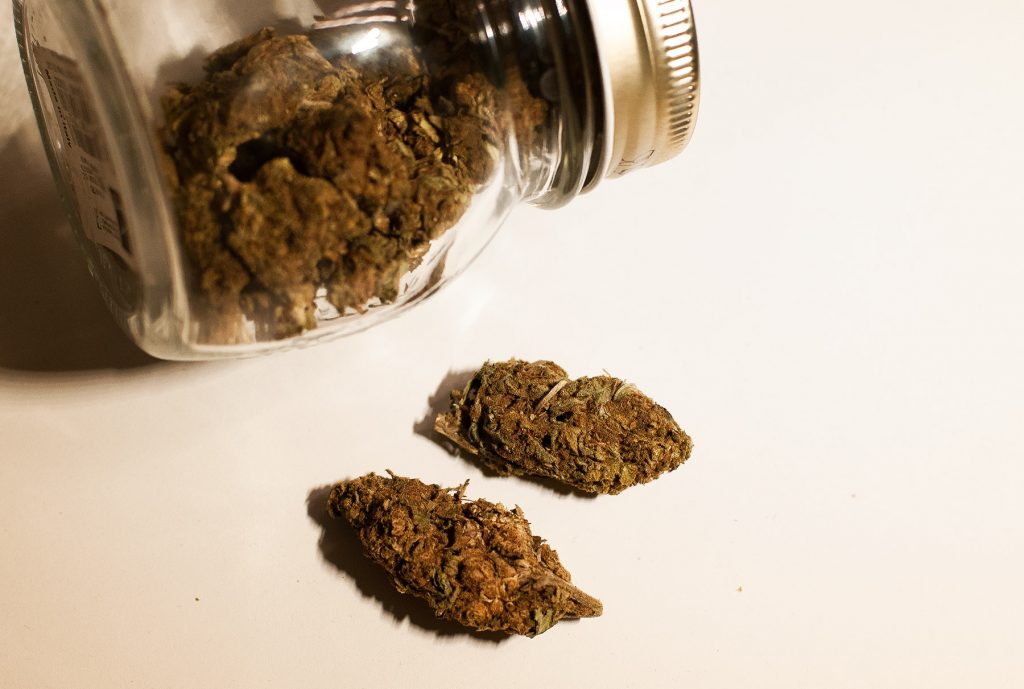 Brown weed is the lowest grade weed, which you would preferably avoid consuming. These are low quality, weeds that smells like hell and taste will leave everything like hell to desire.

The love of easy money makes farmers grow this kind of weed, as these plants need less care and maintenance to grow.

You need to throw some seeds on a dirty land and water them regularly. And that’s all that it takes to grow these low-quality weeds.

These marijuana plants are harvested before they are properly matured, roughly taking only good parts from it, dried like hell, and cured in vacuum-sealed brick. It contains a low concentration of THC in it, which doesn’t even get you high until consumed in a vast amount.

In case you have consumed a good amount of these weeds, you will feel sick rather than feeling high. But consuming a high amount of brown weed may cause sore throat and anxiousness, which you would never want. These kinds of weeds are contained in vacuum-sealed brick containers, thus gained its name brick weed.

Taste is the area where it falls extremely short. You won’t notice any glittering trichomes on schwag weed, it smells like hell, and the taste will leave everything like hell to desire.

You might hear people call it dirt or brown weed because often it looks like it has been plucked from one’s backyard.  It’s a bit dark and brown, and so you can guess where its name came from.

You can also identify it by squeezing it between your fingers as this is rough and dry, unlike those of high-quality weed, which are dry only until smashed in between fingers to get moist again. 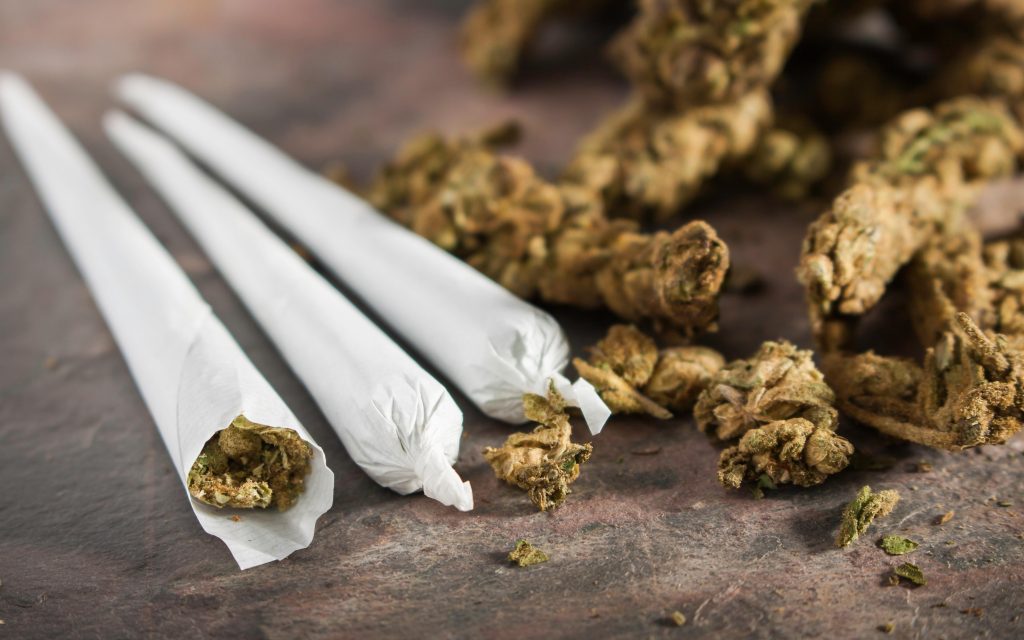 One of the most important use of brown weeds is medicinal purposes, as doctors prescribe these to people who have a mental illness, helping them relax as it works as a stress reliever and pain killer.

We will see more of its properties further in detail, let us jump us to the other kind of weed in discussion i.e., Green weed.

What is Green Weed? 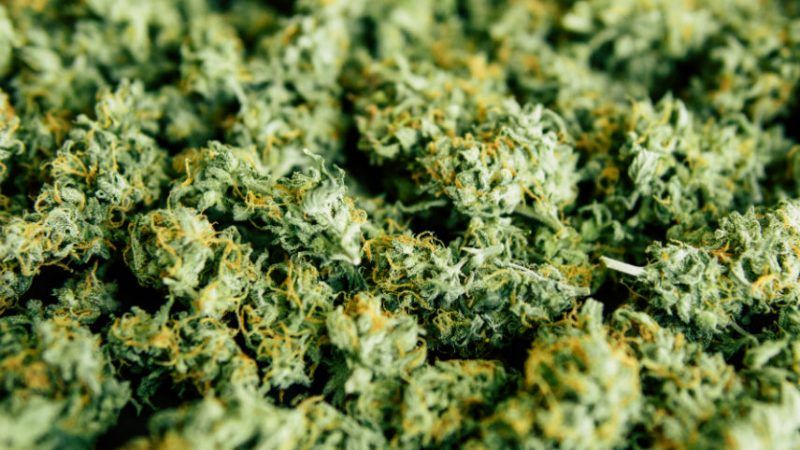 Green weed is the highest quality dank weeds, which are a bit expensive and highly favorable by consumers.

The reason behind having such top-notch quality is the proper care and good environmental condition in which it is grown. And that makes it expensive too. Buds of these weed plants are surrounded with trichome crystals, and these trichomes are responsible for the THC content in it.

These are correctly harvested and cured. Green weed has an excellent floral and spicy scent, which is liked by its consumers. When it comes to odor, its aroma can fill its room quickly. It depends on the strain around the leaves that makes this aroma and sets the mood.

These weeds are dense, sticky weed, which you will notice at a glance, densely covered with trichome strains, which appears as if it is covered in a blanket of white dust. It may be of different tones, more likely to be green and orange.

Well, purple is also seen a lot. These green weeds are a lot of in-demand products. The packaging of these products are quite different from that of the crap brown brick weeds. 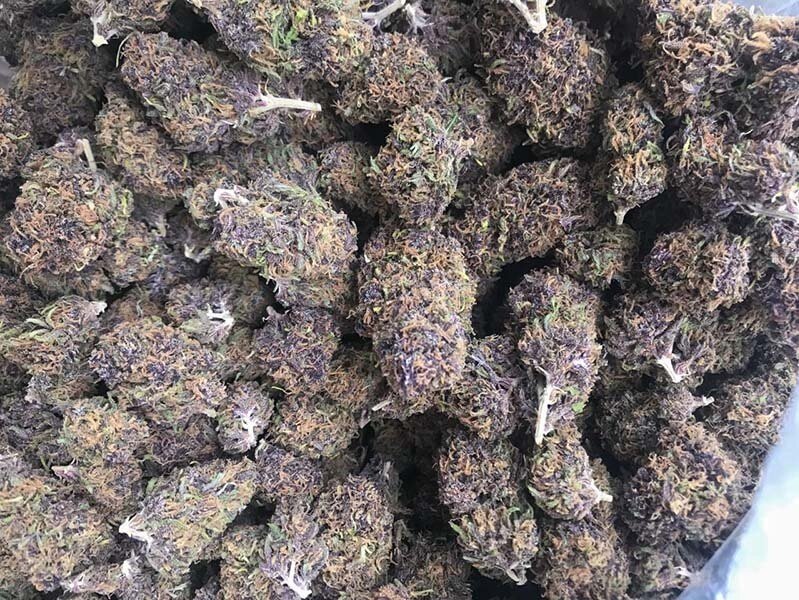 With that of recreational purpose, it is also used for pain relief and appetite restoration. Even if you have excellent THC tolerance, a small amount of weed can help you get high pretty easily as it contains a good amount of THC in it.

These dank weeds kick you instantly, leaving you to feel nice and goofy for a few hours. It’s the potency of the dank weed’s bud that makes it desirable to a vast number of users.

Green Weed or Brown Weed – Which one should you buy? 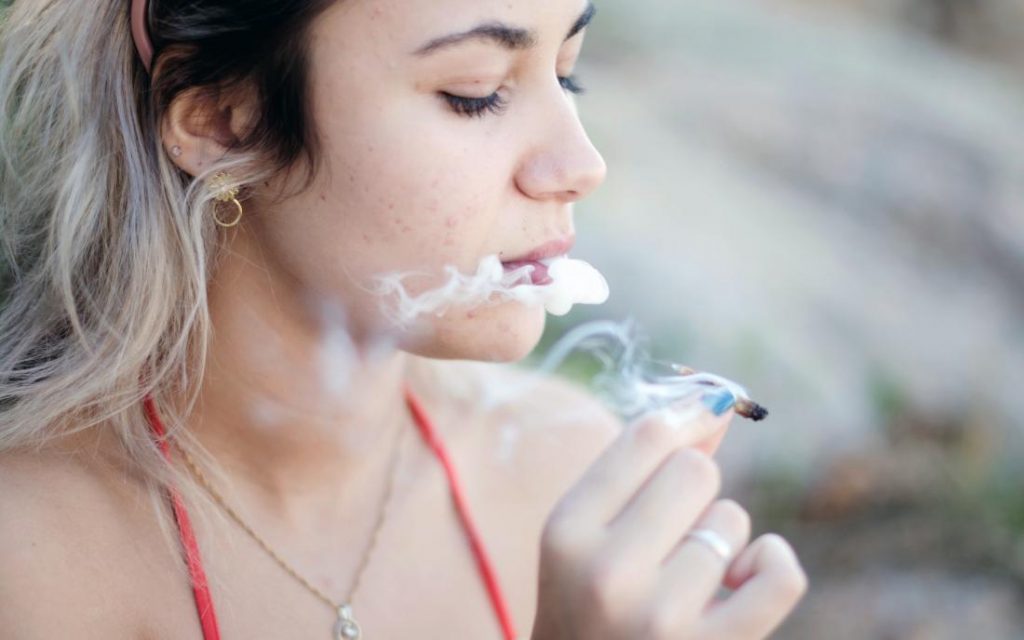 You must have found the difference between both kinds of weed; we have gone through several parameters to differentiate between the quality of both types of weed.  Summing up all, you should go for a green weed until you are extremely short of money and yet want to taste it.

Although if you are a beginner to cannabis culture, and have a low tolerance to THC, you may give brown weed a try, it won’t fall short in that scenario.

However, you should avoid using Brown or schwag weed to the best of it. Rather buy expensive stuff and relax after being high or get stressed thinking of the crap you bought, which is unworthy of money you spent on it.

I hope this article provides you enough information to judge which weed you should choose and which you shouldn’t. Better try to avoid brown weeds as it’s just crap. That’s it for Green weed & Brown Weed.

The Types of CBD Products Available

The health benefits of CBD are well documented, but so are the many myths and misunderstandings surrounding this non-psychoactive cannabinoid....

Looking to Spice Up Your Water Intake? Try Hemp Water

Drinking enough water is a tough task for individuals because it's easy to forget. Water is essential to being healthy...

Pipe Vape Pen – The Old and Classic, Yet Trendy Vaporizer

The first clay pipes became popular in the 16th Century in Northern Europe. For years, they have been fashionable and...

CBD Oil Strength – How to Choose the Right One?

Making up your mind to use CBD oil therapeutically may seem easy until you figure out the dynamics that come...

How Long Does a Weed High Last? Everything you Need to Know!