The Ancient History of Marijuana

The history of marijuana and its consumption by humans possibly started decades back, precisely in the third millennium BC.

Though for ages the cannabis plant has been used for its fiber, to make ropes; for its psychoactive properties in recreational and religious use, and also for food and herbal medicines (Ayurveda).

The history of restrictions that were put on the usage of cannabis is quite vast.

The earliest restrictions started taking place during the 14th century, around the Islamic world. Later, in the 19th century, restrictions on marijuana were reported in colonial countries; and the restrictions also began to get associated with class and racial stresses.

Then, during the middle of the 20th century, restrictions on cannabis were put throughout most of the states and countries, led by some international co-ordinations.

When the civilization approached the 21st century, a few nations came forward in changing their views to the consumption or other usage of cannabis, as those few governments realized the herbal values of the plant.

More nations came forward and followed the footprints of the Netherlands. Uruguay, in 2015, became the first in legalizing recreational cannabis. Canada also took a small step into the cannabis culture, and after that South Africa, while the latter announced the legalization only for personal and domestic use.

The usage of Hemp is indigenous to the Indian subcontinent and Central Asia. Cannabis plants are one of those plants, which were cultivated during the earliest ages when domestication of animals and plants started making its place in civilization.

Japan has been cultivating Marijuana since the pre-Neolithic period, as a psychoactive material, and also as a source for food and fibers. An excavation at an archeological site (Oki Islands) near Japan dug out cannabis achenes, which was from about 8000 BC; that signifies the usage of the plants during that era.

Now, the archeological surveys have proved that the use of marijuana dates back to the Neolithic Age in China. Some Hemp fiber imprints were found, which were from the Yangshuo culture pottery, and its dating has been detected from the 5th millennium BC.

The people from China had been using Hemp in making shoes, clothes, ropes, and in addition to that, an early form of paper.

In Korea also, marijuana has always been an important crop, since the beginning of civilization. Several samples made of the hempen fabric have been discovered through several excavations, which were dated back as early as 3000 BCE. 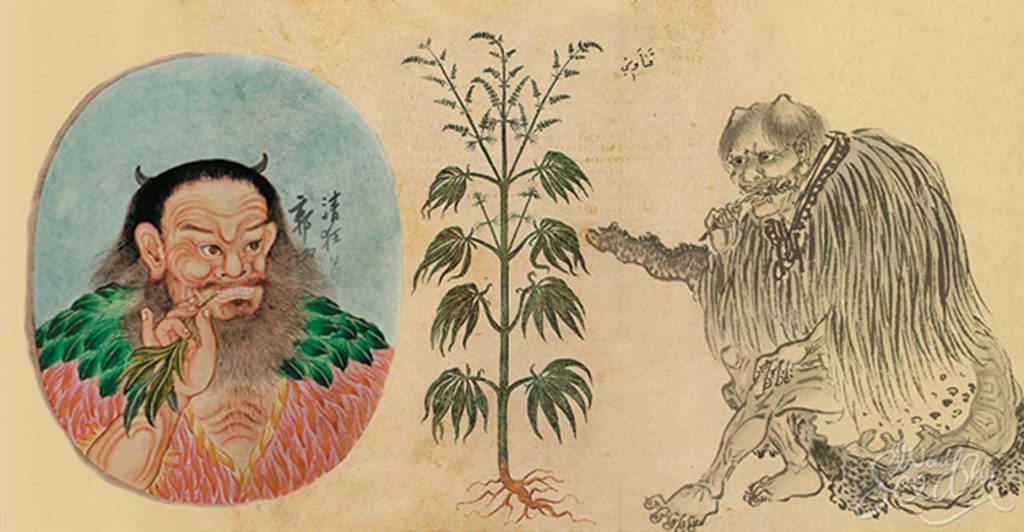 There are so many names for the Hemp, and it has been used for several purposes, from domestic to medicinal, from spiritual to industry-related. Let’s just dig through some important facts about the Hemp culture that you should unfailingly know:-

The arrival of the Hemp culture in the Middle East took place during the period between 2000 BC and 1400 BC. The Scythians (a nomadic Indo-European group) probably used to consume the buds there.

Next to that, the Scythians likely conveyed the way of life into the South-Eastern part of Russia and furthermore Ukraine, as they kept both the territories occupied for a considerable length of time.

There also arrived a batch of Germanic tribes, who bought the cannabis buds into Germany. From there, the cannabis went to Britain later on, during the 5th century, as the Anglo-Saxon invasion took place.

Centuries kept coming and going, and this cannabis culture kept migrating to several regions across the globe.

The use of cannabis went through Africa, after that it arrived in South America during the 19thcentury. Afterward, it got carried towards the further north, and eventually touched the northern part of the United States.

Well, all we can say is that marijuana reached the United States of America after a long trip throughout the pre-modern and modern civilizations, at the beginning of the 20th century, to be more specific.

The arrival of Cannabis in the south-west United States has its roots in the immigrants from Mexico. Immigrants fleeing to the United States during the Mexican revolution (1910-1911) carried the cannabis culture to the USA.

Been thinking of tipping your weed delivery? Well, first I must appreciate you as it is quite unusual to tip...

Vape Juice 2023: How to Pick the Right E-Liquid? + 6 Best Selling Flavors and Brands

When vaping, e-liquid concentrates play a significant role in the flavors and effects one can achieve from a vape device....

Here we will go over 9 top gardening tips for beginners. Gardening is a fun hobby that brings you closer...

How Cannabis May Improve Gut Health

Hemp Oil vs CBD OIL - Everything you need to know