“Look to Africa where a black king shall be crowned, he shall be the Redeemer.”– Marcus Garvey.

The Rastafarian revolt rose from the procreation of Pan-Africanism and Ethiopianism (coronation of Ethiopian Emperor Haile Selassie in the year 1930) and had taken its root in Jamaica.

This movement is a spiritual movement that began dependent on faith in Selassie’s heavenly nature. Besides that, a prediction regarding this movement also came alive with the leadership of the black political leader Marcus Garvey.

This leader used to lead an organization named “Universal Negro Improvement Association”, which was there to unify the blacks with their land of origin.

Leonard Percival Howell, who was a preacher, established the very first prominent Rastafarian community in the year 1940. There are sayings that he traveled the world and when he returned to his homeland, he was completely shaken seeing the poverty.

Soon he started preaching his political and spiritual belief to people, specifically beliefs regarding the idea of modern society being Biblical Babylon.

Thus, he set up the Rastafarian movement, gathering together some of the Selassie’s followers. Several additional branches had been set up within a decade, and by the 1970s this movement succeeded to earn global attention.

The devoted Rastafarian Bob Marley’s music played a great role in the spread of the revolt. Marley was largely responsible for the spread of the religion globally throughout the 70’s, inspiring many others to convert. Many public figures also converted.

Rastafarianism is all about monotheism. They worship a Judeo-Christian God, whom they call “Jah”. “Jah” is the abbreviated rendition of “Jehovah”, which is alluded to in the English interpretation of the Old Testament as the name of God.

The Rastas emphatically accept that Jah is intrinsic inside each individual. There are many Rastafarians who believe that Christ was black, while some of the others prefer to keep their focal point on the Emperor of Ethiopia, Haile Selassie, whom they consider as the re-born Christ, the ‘black messiah’.

According to Rastas, smoking cannabis is a spiritual act.

They smoke it ritually, before some ritual ceremonies or even before studying something. Prior to smoking the ritual plant, Rastas always express a petition to their God, Haile Selassie.

According to their belief, cannabis is a gift from God, and he has given this to calm the mind, purify the soul, and also to open up passageways to the omnipotent.

Some reasoning ceremonies are often held by the Rastas, which includes smoking marijuana and having intellectual discussions about God during those sessions.

These are called Nyabinghi sessions, which are way different from the casual pot-smoking sessions that western people arrange and take part in. 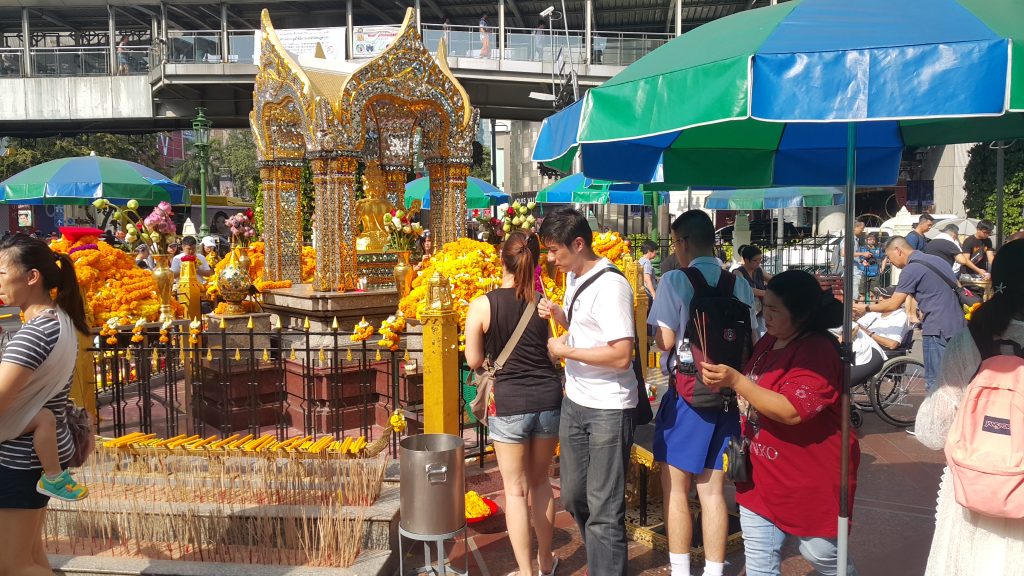 Rastafarianism at a Glance

The passing away of Selassie in the year 1975 and the pop-star Rastafarian devotee Bob Marley in 1981 carried away most of the influential figures of Rastafarianism, but it has been alive in the United States of America, the Caribbean, Africa, and also England, enduring through all the diverse situations.

Rastafarians have always been known for regarding Haile Selassie-I as the God of the Black Race. Rastafarianism has had worldwide followers since it started, and the number of followers kept increasing for several reasons.

In addition to that, the Rastafarian language is an English dialect that is much easy to understand or learn, which made the people from different corners of the world understand the religion, attracting more and more adherents of Rastafari as a faith.

Been thinking of tipping your weed delivery? Well, first I must appreciate you as it is quite unusual to tip...

Vape Juice 2023: How to Pick the Right E-Liquid? + 6 Best Selling Flavors and Brands

When vaping, e-liquid concentrates play a significant role in the flavors and effects one can achieve from a vape device....

Here we will go over 9 top gardening tips for beginners. Gardening is a fun hobby that brings you closer...

The Secret to Finding the Perfect CBD Dose